If you have ever either leapt to conclusions over the validity of alternative health care, or, perhaps, wondered how comfortably it fits with Christianity, then you might want to read on… 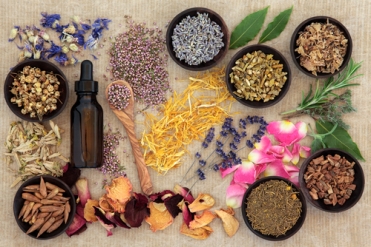 I’ll come clean with you at the outset. I am a keen advocate of many forms of alternative therapy. But before you click ’close’ on my blog, and mentally note never to go there again, I’d like to share some thoughts on the matter.

Unlike some Christians, I do not believe that professionally conducted homoeopathy, osteopathy, kinesiology and many other alternatives to conventional medicine are dangerous footholds that allow Satan to get in through the door; instead I am clear in my heart and mind that, while some of the advocates of these therapies can be a little more ’new age’ than is helpful, where they are practiced by right minded professionals, they become extraordinary tools for positively influencing the patient’s health.

We live in an amazing world, (in an amazing universe), created by our God who passes way beyond our understanding. A week rarely passes by without some new revelation or discovery regarding the world around us; discoveries, that often start life on shaky ground, gradually pass into universal acceptance – it is fascinating to witness the scientific community moving smoothly from scornful denial to ’I knew it all along’ with barely a pause for breath.

And, meanwhile, we are comfortable to live and work, on a daily basis, with stuff that’s beyond our comprehension.

Take water for example – as someone said, “water is made up of hydrogen, oxygen, and a heck of a lot of stuff we just don’t understand.” So, 65% of us is made up of a conundrum, without which, all life on this planet could not be sustained; and it has to behave differently to every other solid, liquid or gas in existence, or the first hard winter would have seen us all off. No one knows how or why water behaves anomalously, but we’re quite happy to shower in it, drink it, cook with it, admire it and whatever else might come to mind.

Or the astoundingly far reaching forces of gravity, which keep us on Earth and The Earth in orbit of The Sun. There’s a kind of vague idea that this force is caused by electron flow or something similar, but only theories; and again, to say someone is ’well grounded’ is a compliment, so gravity can’t be all bad.

So, not understanding how something works cannot, rightfully, be seen as grounds to dismiss it, or to see it as spiritually suspect.

My first rub with homoeopathy was when I had M.E. from my late teens into my mid twenties. A line of doctors, most of who were unable to recognise the condition in those days, were all quite unable to help, so the breath of fresh air when I met my homoeopath for the first time in 1986 sticks in my mind. She understood and explained what was wrong with me, got rid of the worst of the symptoms in about six weeks, and then moved on to turn me from from extraordinarily unhealthy to extraordinarily healthy in the ensuing years; something I had never been in my life before. I remain grateful for her, and have learned to trust her judgement, regardless of how often I have been told I was wasting both time and money. Incidentally, the Swiss government has recently done extensive in-depth research, and have come down firmly in favour of homoeopathy as a safe, effective and inexpensive form of treatment without risk of side effects (Bornhoft and Matthiessen).

I have subsequently been grateful for both structural and cranial osteopaths over the years, largely due to my habit of riding horses over large, solid fences at high speed – a pastime thoroughly enjoyed in all instances by both me and the horse, but occasionally resulting in my coming to grief, and requiring, as my osteopath likes to put it, ’panel beating’ back into shape.

The first time we met a kinesiologist (Applied Kinesiology) was in Belgium. At first, we were quite astonished and somewhat dubious about the muscle testing, but the humility and professionalism of the Belgian practitioner, as he explained what he was doing, were extremely helpful. Initially we were seeking to deal with vertebral misalignment and severe muscle damage in Kevin. We were so impressed at his ability to help, where no-one else had, that we sought his help for my apparent infertility. James is the result.

Kinesiology is simply a diagnostic tool, and, used correctly, can enable someone to diagnose and decide how to treat all sorts of structural, chemical and emotional health problems. It was first discovered by George Goodheart, an osteopath who, working on a patient, noticed that particular muscles were far weaker than they should have been in the absence of a structural, underlying cause. He investigated, and over a period of years, Applied Kinesiology was born.

Whilst I’ve experienced very little acupuncture, I’ve had a fair amount of acupressure (no needles), and I am in no doubt that the meridians first observed by Chinese practitioners somewhere between two and four thousand years ago, are real, are useful, and were created by God – more science that we just don’t understand yet. To confuse Chinese medicine  with whatever religious beliefs a professional practitioner might hold, seems to me as foolish as refusing to let the Muslim doctor in the emergency room treat your dying child.

So, some of the greatest scientific discoveries, with real benefits to be achieved for humankind, are developed by individuals, working unfunded and unsupported in their spare time. And the thanks they get? They’re accused of quackdom and living in fairyland – admittedly, those kind of accusations have been levelled at scientists for centuries, so they’ll be expecting that – but what irritates me, is the somewhat arbitrary way in which we, as Christians seem to choose what we accept as ’science’, and what we see as ’witch craft’, or ’hocus pocus’. Huge leaps have been made in medicine over the last few hundred years, and a jolly good thing too, although, like many others, to say that I view the money making bias of pharmaceutical giants with grave concern, would be to understate the matter significantly. But when I read about the attitude among Christians to the perfectly genuine, life-long research of Samuel Hahnemann around the turn of the nineteenth century that became homoeopathy, the discoveries and investigations in muscle responses that led to the diagnostic system known as Kinesiology, thousands of years of acupuncture in the Far East, the work of William Garner Sutherland, up until 1954, on Cranial Osteopathy, the introduction of reflexology to the West in 1913 by William H.Fitzgerald and Dr Edwin Bowers, followed by its development by Eunice D.Ingham into what is used today, the list is endless, and I hear about them being dismissed as ’spiritually suspect’, I can’t help feeling that due honour is not being paid for their tireless work, and, more importantly, to God for His extraordinarily rich and wonderful creation.

A thought… when Christ was asked about who it was right to pay taxes to in Mark 12 v17, He replied “Render to Caesar the things that are Caesar’s, and to God, the things that are God’s”’(KJV). Maybe we should look a little bit more wisely and prayerfully when we consider who we give credit to for some of the complexities of a creation that we’re barely starting to scratch the surface of.

You might also want to cast your mind back to Ignaz Semmelweis, who suffered discredit and rejection among the scientific community he was trained to be part of, because in spite of the evidence in support of his assertions, he was unable to prove why  he was right, and what he was asserting flew in the face of the medical scientific thinking of that time.

What was Sammelweis advocating? He was trying to encourage the practice of washing hands before treating patients.

In the obstetric wards that Semmelweis ran, deaths dropped from as much as thirty-five percent of patients, to less than one percent. Quite a track record, but in spite of this, his methods continued to be disregarded by the medical community until, some years after his death, as a broken man in a mental asylum, when Louis Pasteur finally changed medical history by proving the existence of germs.

So, the next time you reject a new form of treatment, that flies in the face of accepted, conventional medical practice, because no one knows why it works – consider the extraordinariness of the glass of water in your hand.

And you might take a moment to wonder whether God’s creation is even more wonderful than you’d realised. 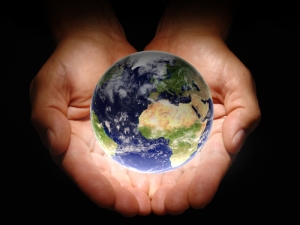