A great many of us spend a lot of time, money and heartache in our bid to be lovable. But actually, Do we really need to try as hard as we do?

I’ve now walked past him sixteen times. Through to the laundry, back to the kitchen, out to the studio, back to the laundry, upstairs to get more sheets and pillowcases. It’s been a busy week so there’s lots of bedding to wash and iron, lunch to cook for a stream of hungry guests, vegetables to clean and prepare, lots of domestic stuff, and meanwhile, Kevin and I are trying to get songs prepared for recording on our new album, which is due to start in three weeks time. 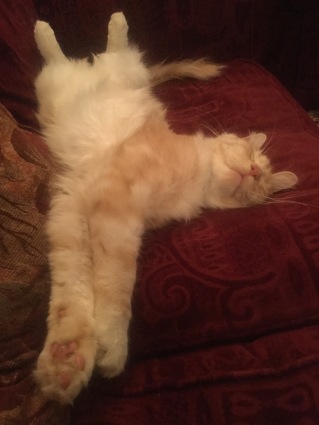 ‘Him’ is the cat, known affectionately as Kato (‘Not now Kato!’ From the Peter Sellers, Pink Panther movies); ten kilos of spoilt laziness, who is at this moment sprawled in front of the hall wood-burner at the bottom of our stairs. Does he pull his weight to help with the running of the house? Absolutely not! Is he loved? Oh yes.

He is oblivious to my frantic running around – moving only very occasionally to present another stretch of fur toward the fire. Bliss.

Meanwhile, I rush around like a whirlwind – I will not be beaten by this list of jobs, I will not tell Kevin that maybe I’d like a bit of help rather than just be complained at for not being in the studio where I should be. If I run faster and work harder, I’m sure I can get it all done and write some lyrics in the process.

Kato’s nose is wrapped in his rather large paws, so I can’t see his face, but nonetheless, I think he might be laughing at me. Or maybe God’s laughing at me – in fact I feel certain that both God and Kato are probably laughing at me. Let’s face it my incessant rushing around is quite ridiculous. In the greater scheme of things I am achieving absolutely nothing except a vague, rather pointless satisfaction that I will be stubborn enough to get everything ticked off my mental list by the end of the day, without any help from anyone else.

That’s all he needs to do. He doesn’t have to impress anyone with his hard work, the house he lives in, the car he drives, and the company he keeps; he lives in absolute assurance that he just has to be Kato.

He just has to breathe.

So I’m not sure whether it’s Kato telling me to stop running around and single handedly trying to sort out the cares of the world, or whether my Loving Father in Heaven is trying to tell me to stop being ridiculous, to take a little time, to breathe occasionally, and most importantly, to enjoy the warmth of some time in His company.

The company of the Creator of the Universe; far more valuable to us – to me –  than any amount of worldly achievement…

And does He love us? Oh yes. 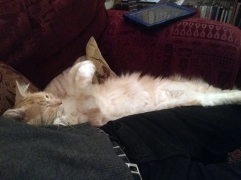 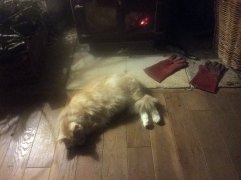 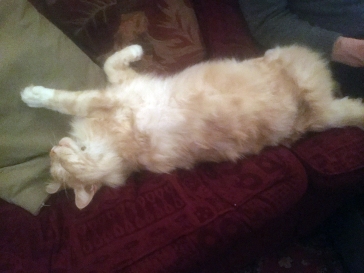 This story was the inspiration behind our song ‘Just Breathe’.

Find our songs on Spotify