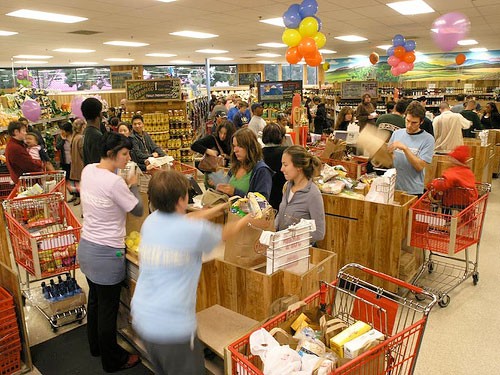 Salt should season right, ain’t that the truth?  The thoughts behind our song ‘Ain’t That The Truth?’

Recently, Kevin and I made some new friends, an inevitable and thoroughly enjoyable result of touring with our music; but this time we met someone I really need to tell you about.

We were invited to take part in a chat show at a church in the Wirral one Sunday evening in November. We stayed the night with the wonderful family of Mark and Anita Mitchell at their home just outside Chester, we were spoilt rotten and altogether we had a thoroughly nice time.

But the thing that has really stayed with me is Isaiah 58.

“If you keep your feet from breaking the Sabbath and from doing as you please on my holy day, if you call the Sabbath a delight and the LORD’s holy day honourable, and if you honour it by not going your own way and not doing as you please or speaking idle words, then you will find your joy in the LORD, and I will cause you to ride in triumph on the heights of the land and to feast on the inheritance of your father Jacob.” The mouth of the LORD has spoken.

I’ve never paid too much attention to what Isaiah said about Sundays, probably taking more note on what Jesus said about the matter in Mark chapter 2:

‘Then he said to them, “The Sabbath was made for man, not man for the Sabbath”.’

Don’t get me wrong, Kevin and I have always seen Sunday as a day of rest, but I think we rather felt it was a day of rest according to our own convenience. Well, Mark has given me a new perspective.

On Monday morning, he invited us to come and have a look around his business – Mitchell Group.

As we walked through the front door of the enormous, highly polished new car retailer for Lexus, Škoda and Mazda, I snuck a peek at the opening hours. Monday to Friday, 8.30 to 6.30, Saturday 9 to 5. Closed Sunday, at home with the family.

I had a rush of memories of my own time working in retail, in the days when Sundays and Bank Holidays were still days off. As I was about to leave the company I worked for in those days, the big ‘discussion’ was starting to happen – we were promised that Sundays would never be compulsory, and that they would always be paid at double time, as would bank holidays.

No one was under any illusions as to whether sales would increase as a result of opening for seven days a week rather than six; everyone knew full well that seven day trading was something that would simply be imposed on us by the competition, spreading the same amount of business across more days in the week – at no advantage to anybody; least of all the families that get shoehorned apart by the extra hours of work.

Several years ago, when Mark had his first dealership, his team achieved the accolade of being the Brand Dealership of the Year – for two consecutive years – something that no other company had hitherto achieved. But one day, they received instructions from the manufacturer’s Head Office that all showrooms were henceforth to be open for trading on every Sunday. Mark refused.

I suspect that there was probably quite a lot of to-ing and fro-ing as two businesses that had previously worked well together discussed a point on which neither was prepared to compromise. Ultimately, the UK head honcho said what seemed obvious to him… “Mark, you don’t have to come into work on a Sunday, you just need to have your staff come in.”

Mark’s counter to that was simple: “Why should I expect my staff to do what I’m not prepared to do myself?”

For Mark and his team, the ensuing months were probably pretty terrifying, and an unquestioning test of faith and ethics. He turns very readily to the above quoted passage in Isaiah 58; for him and his family, he has no doubt that his success lies in holding fast to God’s laws.

With no sign of compromise from the motor manufacturer, one Friday afternoon Mark closed down the business, making thirty staff redundant. Due to a lot of prayer and some nail biting months of planning and negotiation, on the Monday morning that followed they were able to open up as a dealership for Mazda; they gave all their thirty staff new jobs with the new company and they haven’t looked back since; they are now employing more than a hundred staff with class leading facilities for Lexus and Škoda too.

While we were there we met a customer who travels five hours from Scotland every time he replaces or services his car. He said to me that there were dealerships he could use in Scotland, but he feels it’s worth the journey to buy from, and to subsequently have his car serviced by a company that he can really trust, a company that cares about its staff, a company that feels that God’s rules were not made to be ignored.

But the personal impact on the staff is much bigger than that.

As one new member of the sales team said after he’d been at Mitchell Group for a week, “I’ve just been able to have Sunday lunch with my family for the first time in eight years”. Mitchell Group gets to employ – and keep – the absolute best.

We came home feeling guilty about the purchase of a pair of shoes for Kevin (yes, we’d bought them on the previous Sunday). Since then we’ve been talking to everyone about Mark, his business and everything we saw. 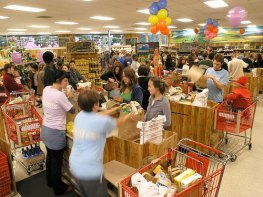 We have friends who work in retail, and in the last few weeks they’re starting to be told what their Christmas hours are. There’s no choice – if you want the job, you work the hours you’re given, double time or overtime being paid for these hours have long gone.

So – basically, the only day they can be sure of getting any time off at all is Christmas day – and the general feeling is that in a few years, that’ll be a normal trading day too.

Our society is sliding down the side of an abyss and one of the accepted key factors is the breakdown of family life. To quote the Centre for Social Justice:

‘Stable, healthy families are at the heart of strong societies.  It is within the family environment that an individual’s physical, emotional and psychological development occurs. From our family we should learn unconditional love, understand right from wrong, and gain empathy, respect and self-regulation.  These qualities enable us to engage positively at school, at work and in society.’

Regardless of our obedience or otherwise to our loving Father in Heaven, surely, one really solid step toward restoring families would be to ensure that there is one day a week that they can be sure to spend together. From the position we are currently in, this will not come about through legislation; businesses will only close on a Sunday when it makes ‘good business sense’ to do so. And the only way to achieve that is when enough of us start voting with our feet. Let’s get back to making Sundays a family day, a holy day.

Meanwhile, Mark doesn’t talk too much about his faith unless he is asked – he doesn’t need to. Everyone who does business with him knows who he stands for, his ‘saltiness’ is excellent seasoning for his family, his life and his business.

Certainly changed my point of view.