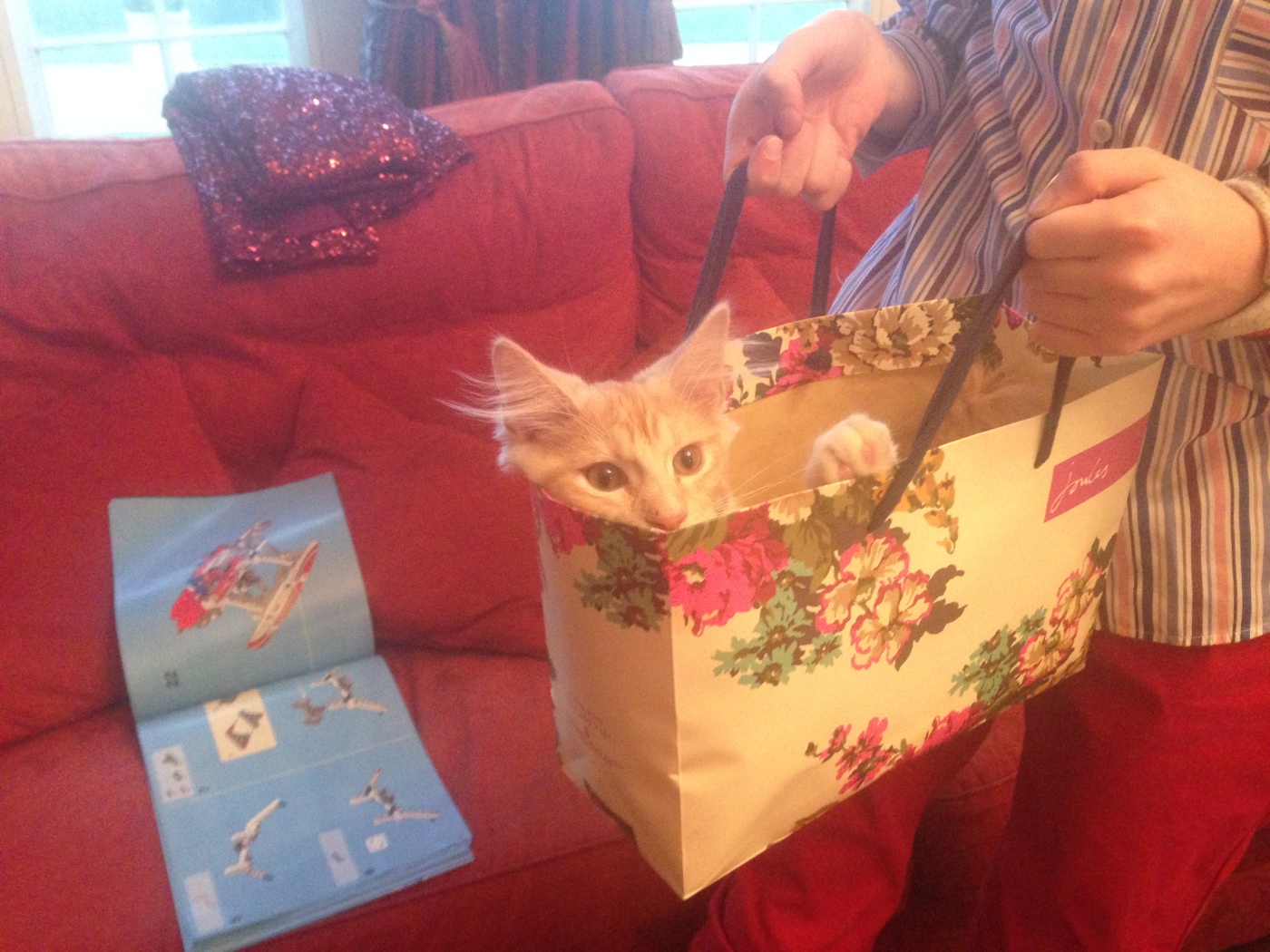 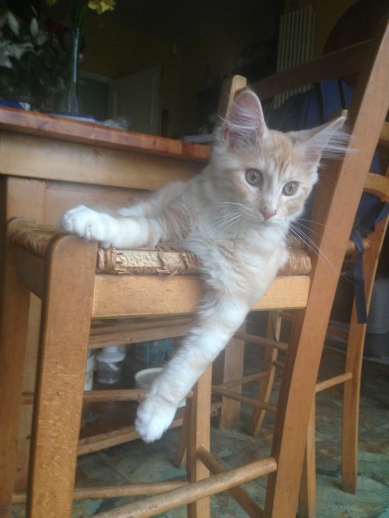 I thought it was probably about time I wrote to you to tell you how I’m getting on in my new home.

I live with the three humans that took me away. They all seem to have two names; there is one who has the same name as you, Mum, which is a bit of a coincidence, but she is also called ‘Sweetheart’, one who is either called ‘Dad’ or ‘Darling’, and one who is mainly called ‘James’, but sometimes gets called ‘Jamie-Nick’, (especially when Sweetheart wants something); I think he’s some kind of human kitten.

At first, I was scared of them, they have awfully big, heavy feet, big clumsy paws and loud voices – they are really noisy – but I’ve gradually realised that, although they are slow and stupid, they are not actually dangerous, and with training, they’re learning to be quite good companions.

Clumsy though! They’re hopeless! They can’t climb trees, jump up on tables or move quietly, and the number of times I’ve had to leap out of the way to avoid getting trodden on by Sweetheart doesn’t bear thinking about. I think they all mean to be kind; Darling’s learnt that I like having my tummy rubbed, my chin scratched and my nose stroked. He always comes downstairs first in the morning, and I love making him yelp by leaping out when he’s not expecting it and grabbing hold of his bare legs. I’m hoping that one day I’ll make him drop his tray of cups and glasses, no luck yet. Sweetheart loves stroking me, and they all argue over who’s lap I’m going to sit on. 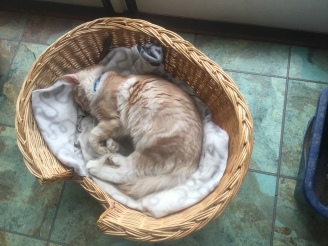 Jamie-Nick isn’t clumsy though… he’s much cleverer than the others, and he’s learnt to play football, chase, hide and seek and find-the-ball. I’ve not seen him climb a tree yet, but I suspect he could. Not as well as me of course, but I suppose you’d have to make the best of it if you’re not very sensibly built.

In the last couple of weeks, they’ve given me a special little door, that only I can get through, so that I can go somewhere they call ‘outside’. Mum! It’s AMAZING! Not, the door, I mean outside is amazing.

First of all, it’s colder; but I just fluff my fur up and that’s fine. But everything else is so different too! The air moves around a lot more, and that makes things like leaves, and sometimes even bigger things, move around too. Which can be great fun. And then there are the sounds and the smells (such smells) and the trees to climb and the places to explore and how big it all is! Even just outside my special door is really big, so I don’t go far. And sometimes water comes out of the sky and my coat gets all wet, but it’s OK… I don’t mind. I will always remember that you told me, us Maine Coons don’t mind water… and we really don’t! 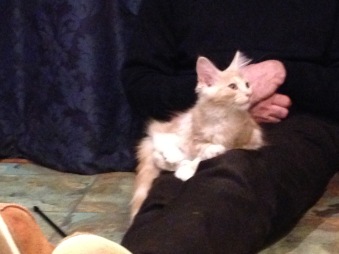 But there is something I need advice on. The humans seem to have got it into their heads that they own me. They don’t let me go in and out when it gets dark; which I wouldn’t particularly mind, because in the evenings we all go and sit together in front of a nice warm fire and it’s really nice; but they also say I’m not allowed to climb on the table where they eat or on the kitchen work surfaces, and there are only certain places that I’m allowed to sharpen my claws, (Sweetheart is really quite bossy about this one). I mean, don’t get me wrong, they all recognise that I’m absolutely wonderful, just as they should; but is there anything that you can suggest to help me establish a more natural order, and let them know their proper place and not be quite so above themselves?

All love and regards to Dad if you see him,

p.s. I’m washing everything, just as you taught me.
p.p.s. Added on Friday. Today there has been a huge assault on my dignity. I’d rather not talk about it, but I’ll just say that it involved a trip to the vet. 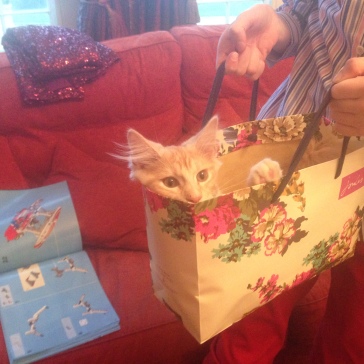 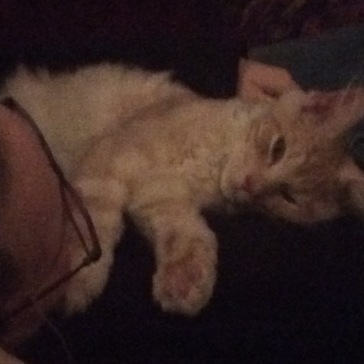 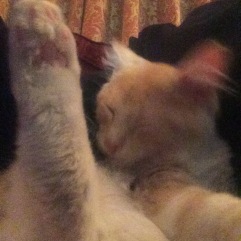 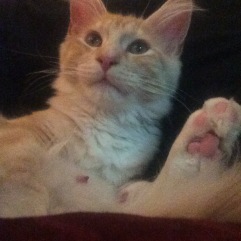 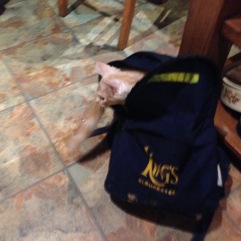 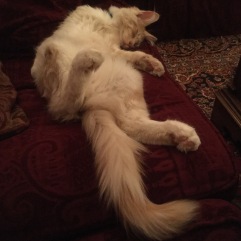 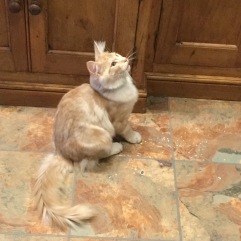 One thought on “Dear Mum, (Letter from a re-homed kitten),”